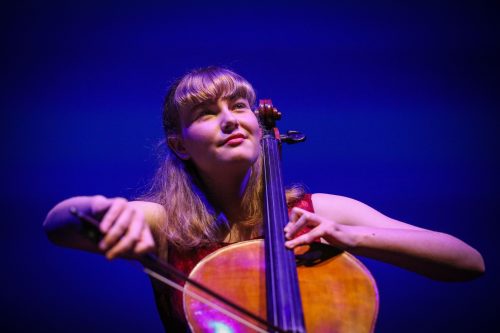 3MBS hosted the 2019 Young Performer of the Year Award on Sunday 13 October, at The Good Shepherd Chapel in Abbotsford.

We are excited to announce the winner of the 2019 Young Performer of the Year Award — Charlotte Miles (cello).

Aged sixteen, Charlotte Miles is the youngest musician ever admitted into ANAM’s Professional Performance Program.  She completed VCE in 2018 – achieving a perfect score for Music Performance and Premier’s Award – and was awarded L.Mus.A. with distinction aged twelve. Charlotte has performed as a soloist at Carnegie Hall in New York (2013) and Opéra Bastille in Paris (2015) after winning first prizes in international music competitions. From over 100 prizes, highlights include winning the 2014 MRC Bach Competition; Preston Youth Concerto Competition (2016 and 2017), and she was a major prize winner in the 2018 Gisborne International Music Competition.

Luigi Boccherini: Cello Sonata No. 6 in A major, 1st movement

Congratulations to the other 2019 Victorian Young Performer of the Year finalists: