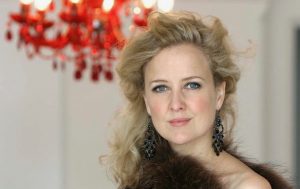 Taryn Fiebig began her musical career as a cellist but after winning a scholarship to the Opera Studio in WA she set her mind to becoming an opera singer. In 2005 she joined Opera Australia as a principal soprano and sang a huge range of roles in baroque to contemporary opera, winning a Helpmann award for creating the role of Lucy in Bliss. In 2010 Taryn chose to go freelance and now enjoys singing not only operatic roles but oratorio and musical theatre. In conversation with Susan Porter she talks about the highlights and more recently, the challenges she’s faced, along with the music which accompanied these milestones.  You can hear their conversation by clicking on the arrow below.  (This interview was first broadcast on Reflections on 2 December 2018).