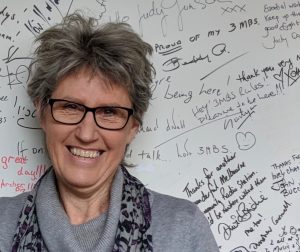 Robin de Crespigny graduated from Latrobe University with a degree in Literature. After travelling extensively and running a wine bar and music joint in Sydney, Robin lived in New York for three years and discovered a passion for film-making. She returned to Australia to study at the Swinburne Film School. About ten years ago she started on a film script about an Iraqi refugee Ali Al Jenabi, who worked as a people smuggler in Indonesia, in order to bring his family to Australia. The story was too big for a film so Robin wrote a book about Ali, which became an award winning best seller. In Reflections, Robin talks to Kiera Stevens about her early life, with joys and dark moments and she discusses her book and the issues it raises (1st broadcast 5 August 2018).