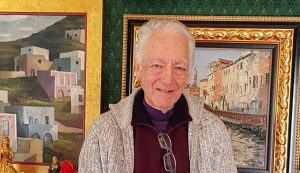 Richard Bonynge and his late wife Dame Joan Sutherland were one of the greatest musical collaborations the musical world has seen. For the 40 years of Dame Joan’s singing career Richard Bonynge was her coach, support and conductor.

Richard Bonynge talks about his life and career with Doug Beecroft in a special two-part Reflections.  Part 1 was first broadcast on Sunday 28 October and Part 2 on Sunday 4 November.

To listen to Part 1 please click on the arrow below:

To listen to Part 2 please click on the arrow below: