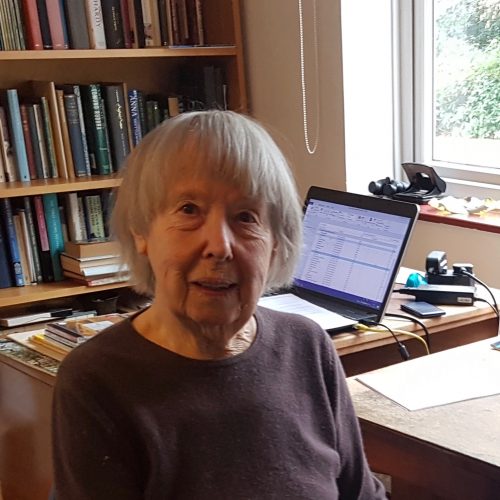 Music critic and writer Diana McVeagh is renowned for her serious scholarship on English music, with a career spanning more than 70 years.  Her first book on Elgar was published in 1955, and was followed more than five decades later with further insights in Elgar: the Music Maker.  Her 2005 biography Gerald Finzi: his Life and Music has also received international critical acclaim.  At the age of 93 Diana is currently editing two volumes of Finzi’s letters for publication.  Doug Beecroft was delighted to talk with Diana McVeagh in her home north-west of London in November last year and you can hear their conversation by clicking on the arrow below.  (This interview was first broadcast on Reflections on 3MBS on 9 February 2020.)