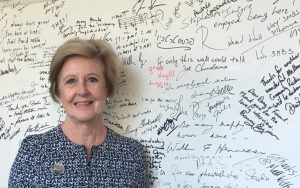 Professor of Law, Gillian Triggs became a prominent public figure when she was the President of the Australian Human Rights Commission. How did she arrive there?  In Reflections, Gillian talks to Kiera Stevens about her career as a lawyer, academic and commissioner and shares her ideas about democracy, international law, racial discrimination, indigenous Australia and Refugees.  To hear their conversation, click on the arrow below.  (This program was first broadcast on 15 April 2018 and repeated as part of the Reflections Summer Series on 11 January 2019.)