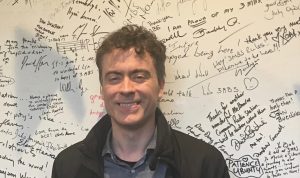 Paul Lewis CBE is a pianist who has been critically acclaimed for his interpretation and performances of Beethoven and Schubert. He has recorded all 32 Beethoven sonatas and performed all five Beethoven concertos at the BBC Proms in the one year. He has performed with the great orchestras in the major concert halls around the world and is a frequent guest at the world’s most prestigious music festivals. In 2017, he started a two-year recital series exploring connections between the sonatas of Haydn, the late works of Brahms and Beethoven’s Bagatelles and Diabelli Variations. Recently he returned to Melbourne to continue this series. Paul Lewis joins Loretto Perkins to talk about his passion for the classical and romantic repertoire of these great composers.  You can hear their conversation by clicking on the arrow below.  (This interview was first broadcast on Reflections on 25 November,)