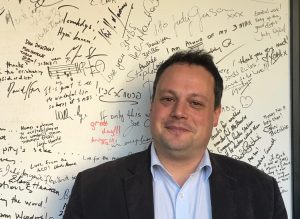 Since graduating from the Victorian College of the Arts, distinguished oboist Nick Deutsch, has lived in Germany and performed with some of the leading orchestras of the world. He’s now the Professor of Oboe at the Hochschule for Music and Drama, Leipzig, the oldest univerisity school of music in Germany. In 2016 he was appointed the Artistic Director of the Australian National Academy of Music (ANAM), and now manages a busy international career in two continents, while also performing around the world.