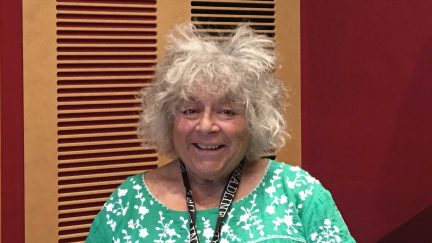 Miriam Margolyes OBE, is an actress internationally acclaimed for her roles on radio, screen and stage. After graduating from Cambridge she began her career in repertory and as a voice artist. Miriam is well known for her performances in a huge range of productions, including Little Dorrit, Call the Midwife, the Harry Potter series, in Dickens’ Women, (where she played all 23 women), and for her BAFTA winning performance in The Age of Innocence. She recently starred in the Melbourne Theatre Company production of The Lady in the Van. Miriam spoke about her life and career with Susan Porter in Reflections and you can hear their conversation by clicking on the arrow below.  (This interview was first broadcast on 3MBS on 7 April 2019).