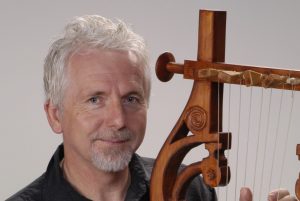 Michael Atherton studied literature and music and has had a varied and successful career as a musician, composer and author. He was a member of the Renaissance Players, as well as a world music ensemble ’Sirocco’ and then an electroacoustic duo. He was the founding head of Music at the University of Western Sydney where he promoted both Australian and contemporary music. He has written several books, including studies of musical instruments. In 2018 Michael was awarded an AM for his services to the performing arts. In Reflections Michael talks to Kiera Stevens about his composing, performing and academic careers and tells us about the role of the piano in the history of Australia from early settlement, through the world wars to the recent Australian Stuart pianos.  (1st broadcast on Sunday 30 September 2018).