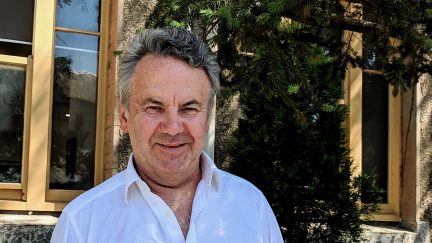 Michael Veitch is an Australian comedian, actor, broadcaster and author who first came to prominence in the ABC weekly sketch comedy series, The D-Generation. Later, he went on to write and perform in two other long running comedy shows, Fast Forward and Full Frontal. From 2006 to 2009, he presented Sunday Arts, an ABC television arts magazine program and in the following year, he hosted afternoon radio programs in Hobart. Apart from playing leading and supporting roles in theatre and television, he has written nine books. His latest, Hell Ship, recounts the tragic true story of the ill fated emigrant ship, the Ticonderoga. Michael Veitch talks with Loretto Perkins about his life and varied career on Reflections and you can hear their conversation by clicking on the arrow below.  (This interview was first broadcast on 3MBS on 31 March 2019.)