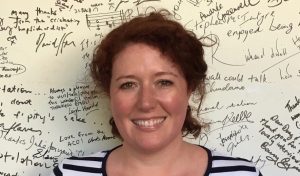 Jane Harper was a full time journalist when she wrote her first novel, The Dry. It won the Victorian Premier’s Literary Awards in 2015 for the best unpublished manuscript and then became an overnight success; a best seller in Australia, the UK, New York and France, with sales in over 30 languages. It’s currently being filmed in Victoria.

Born and educated in the UK, Jane has now written three Australian crime novels with a powerful grasp of the Australian landscape and vernacular. She talks with Susan Porter about the path to this exciting success and the music that’s accompanied her along the way. To hear their conversation, click on the arrow below.  (This interview was first broadcast  on  Reflections on Sunday 9 December).