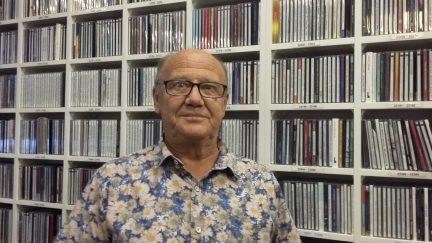 English born Hugh Halliday is a multi-talented performer and director whose international career has spanned five decades, embracing many branches of the performing arts. He began his professional life as a dancer with Sadlers Wells Opera Ballet and has performed many roles in theatre, film and television. Later he went on to direct over sixty productions with the English National Opera and since settling in Australia has directed operas for Victoria State Opera, Opera Australia and Melbourne Opera, lectured in stagecraft at the Victorian College of the Arts and maintained an international career. He talks to Loretto Perkins about his life and career and the recent production of Rigoletto for Opera Australia.  You can hear their conversation on Reflections by clicking on the arrow below.  (This interview was first broadcast on 3MBS on 19 May 2019.)