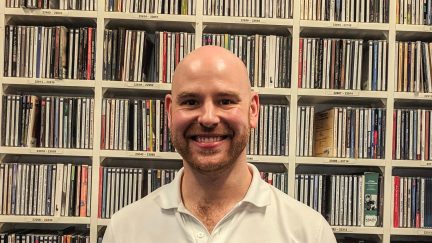 Young Australian bass-baritone Derek Welton has been hailed as a major Wagnerian voice of the future. He is currently with Deutsche Oper Berlin, where he was acclaimed as Wotan in Das Rheingold under Donald Runnicles. He made his debut at the 2017 Bayreuth Festival as Klingsor in Parsifal, a role he has recently performed in Melbourne for Victorian Opera. Derek is developing a very strong international career, with performances at the Salzburg Festival, and the major opera houses in Dresden, Hamburg and Chicago. You can hear Derek Welton in conversation with Doug Beecroft on Reflections by clicking on the arrow below.  (This interview was first broadcast on 3MBS on 3 March 2019.)