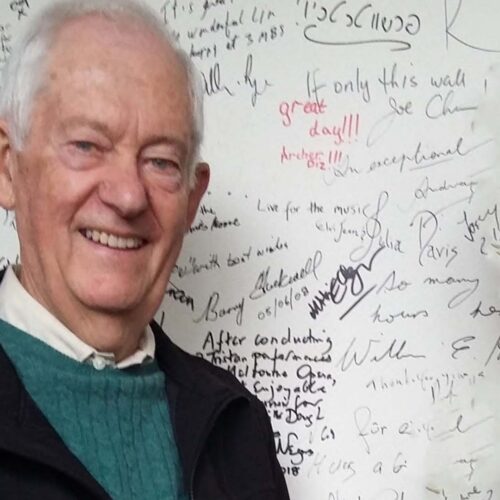 Tony Fenelon OAM, excelled in two diverse careers concurrently.  Head of the Department of Biomedical Engineering at the Royal Melbourne Hospital, he was a joint designer of Australia’s first implantable cardiac pacemaker. He was also a master of the keyboard; the piano, organ and theatre organ, in 1965 becoming resident theatre organist at the Regent Theatre.