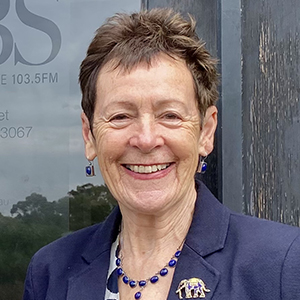 Kiera became a volunteer at 3MBS in 1984 and has presented a range of programs, including Reflections and its predecessor, Tropic Island Discs.  Her own love of classical music has constantly evolved, influenced by other people, special live performances and particularly, by listening to 3MBS.  Now she talks about aspects of her life and shares her favourite music.