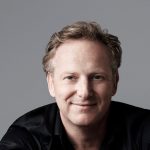 Alexander Briger AO is an Australian conductor of international standing who has won numerous awards, including first prize in an international competition for conductors in the Czech Republic in 1993. Since then he has worked extensively with such conducting luminaries as Pierre Boulez, Sir Charles Mackerras and Sir Simon Rattle. In 2010, he founded the Australian World Orchestra which invites top expatriate Australian musicians from all around the world to come back home and form a unique world class orchestra with leading orchestral musicians in this country. He spoke with Loretto Perkins on Reflections and you can hear their conversation by clicking the arrow below.  (This interview was first broadcast on 3MBS on 14 July 2019.)