Illuminations: The Life and Music of Giacomo Puccini, Part 2 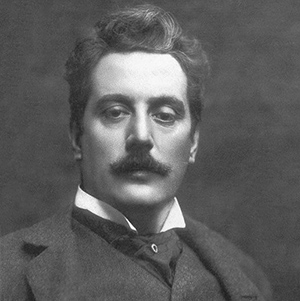 Illuminations: The Life and Music of Giacomo Puccini, Part 2

In Illuminations this week we continue to follow the trials and tribulations of this remarkable composer. Academically lazy, Puccini nevertheless composed some of the most memorable operas. His affairs were legendary. His wife Elvira’s jealousy of imagined affairs was equally so and led to the suicide of an innocent village girl—and Elvira being charged with causing it. Yet, even with all of this, Puccini continued to turn out many operas while his librettists tore their hair out with frustration at his constant demands.

Join Rodney Phillips to find out if he was the worthy successor to Verdi, as many believed.