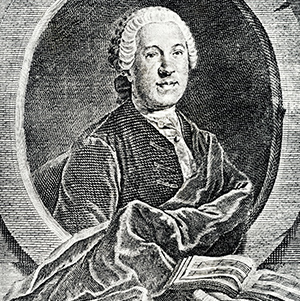 Join Joseph Baraké to hear of the life and music of the German composer Johann Adolph Hasse, given the title of Il Caro Sassone by Italian audiences of the 18th century. Hasse, who for thirty years served as Kapellmeister at the Saxon Court in Dresden, composed concertos, chamber music, sacred works and over sixty operas, many which were written for his wife, the famous singer Faustina Bordoni. Hasse’s operas were in demand and performed in all the major opera houses across Europe during his lifetime, but disappeared soon after his death.