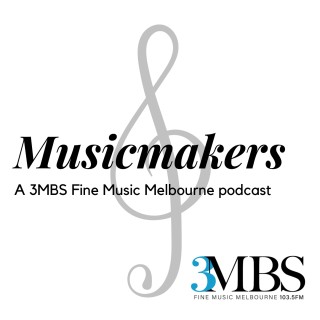 A nonbinary and trans feminine composer and songwriter, Edward joins Teddy Darling from the forested mountains of outer Melbourne, where they have neem developing and designing their forthcoming debut album in green solitude. They describe their emotional instrumental songwriting as neo-classical baroque pop, and in this interview they discuss the transportive nature of their music, seeking to draw complex connections through musical, emotional and physical landscapes through a confessional and personal piano style.

Join Edward and Teddy live for the music sequel to this interview with a feature broadcast of Edward’s music and some of their inspirations on Melbourne in Concert at 6pm on Sunday 8 November, only on 3MBS Fine Music Melbourne.

Coming up next in the Musicmakers series, Teddy Darling Dives deeper into the world of performance piano with Australian piano duo Brown & Breen, to explore their collaborations with Peter Sculthorpe and Ross Edwards, as well as the complexities of collaborating across continents.

As well as: ‘Broken Access’ by Theo Alexander and ‘µstructure’ by Jesse Woolston.

Credits: This episode was written, hosted and produced by Teddy Darling with support from Adrian McEniery, Frank Prain, Stewart McMillan and other staff members from 3MBS Fine Music Melbourne.

This episode features the following music with the permission of the artists:

‘Into the Woods’ composed and performed live by Edward Willoughby ar Cardinia Cultural Centre in July 2020.

The Musicmakers theme music is ‘Bahama Rhumba’ from Latin American Dances by John Carmicheal, performed live on Melbourne in Concert by Justin Kenealy and Coady Green at 3MBS on 28 July 2019 in the 3MBS Lady Marigold Southey Performance Studio.